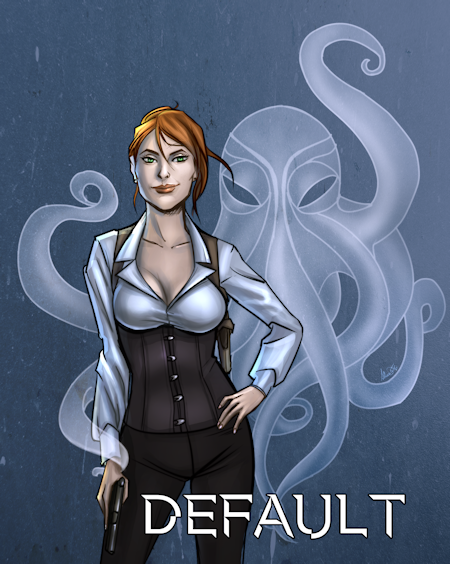 She always wakes before the alarm: it’s become habit, body’s method of showing readiness. Adjusted to mission time, lying in darkness, the bunk on the far side of the room’s already empty. 009’s been charged with the task of flying to the French airbase at Nice, as Ronni’s not logged the flight hours to qualify going alone. Part of an already concerned consciousness doesn’t want to be beholden to LaCroix any more than is necessary, but there is little time to worry about debts and consequence. Confident now of where the Swanns are heading, 004 wants to be as close to Bond as it is possible to manage, because with the volatility of both siblings more than apparent, there’s genuine concern for 007’s safety.

The entire Barracks had been briefed by Gregory at length the previous evening: everyone invited to watch a number of interviews with Madeline, woman looking increasingly uncomfortable and edgy. Bond himself had gone on record admitting her mental state had deteriorated in the weeks following Blofeld’s capture, and was concerned for her health. However he was faithfully following his Spectre mission briefing: promising to protect, right up until the moment things got ugly. Q had replayed the last monitoring to be sent from Bond’s flat and although there were no pictures, the audio was damning. Swann had snapped, physically assaulting him, whilst hurling a slew of verbal abuse; claiming her half brother had told about an affair he’d been having with a fellow agent. It had been uncomfortable to sit in a room of a dozen people knowing she was being used as fuel for a fire that had subsequently resulted in 007 being attacked.

An overhead light in the room switches on, sudden brightness only temporary disorientation. Charlie’s standing with vanilla latte and croissant, dressed to travel yet with hair still wet. The Army fatigues suit him, grey shirt stretched over abdominal muscles that are undoubtedly impressive by service standards. It makes sense he’s a looker, all part of persona, but this man shouldn’t be bringing her breakfast, handed over without ceremony. Charlie’s a pleasant contradiction to wake to, Ronni simply grateful.

‘You get any sleep?’

‘Thank you and yes, but as I may have to wait for engagement when I make it to Nice, it’s not an issue. If all else fails, I can always rest on the plane.’

‘Not the way I fly you won’t. On that front, I’d suggest not eating any more than this, there’s high pressure all the way from Calais to the Med: things might get a little scary.’

‘If this is my last good breakfast for days, I’ll take my chances.’

Sitting where M had yesterday, Charlie watches with obvious interest: there’s no desire, but concern that Ronni can’t reconcile. They know each other only in passing, after all, she’d been undercover pretty much since the last time he’d been here. Yet the man keeps staring, clearly keen to engage and she’s about to press when concern is vocalised.

‘You still feel bad about having to let Bond get beaten, don’t you?’

‘I don’t know how I feel: the training kicked in pretty comprehensively. I keep playing back the ‘no’ he mouthed just to make sure it was the right call.’

‘007’s worth more alive than dead until you’re in theatre on their terms. He’s the bait remember, Christian said it himself. Once they have you in the frame, then his life’s not nearly as secure.’

‘Let’s hope someone from our side’s there to save him when it matters.’

‘Would you do the same for me?’

‘Yes I would, as it happens, but before you ask? No, it’s not quite the same.’

‘I have no intention of ever trying to compete with Bond, for the record, so don’t start giving me that evil eye thing you do ’cause I so don’t need that this early in the day.’

Charlie is no-nonsense, affable and without the kind of self-absorption you’d expect from someone this ridiculously charismatic. In fact, his openness and honesty had been the defining factor in the job being offered to begin with: Ronni can’t help but like him, and there’s no tension, distinct lack of banter that she’ll throw at Tanner, Q and even Moneypenny if the moment arose. His respect is obvious and makes her smile, gives comfort in a moment where her own ability is anything but constant. That comment, for instance, states the case without contention. He knows she’s not available, and as a result would never even chance his arm. However, now there is the desire to ask why, interest awakening as the caffeine begins to work its magic.

‘You know you are. That’s why as a team you work so well. Q likes to call it ‘Friendship Plus.’ I also suspect that’s why I’m being double teamed with Moneypenny. They did their fancy metrics, realised we were the best fit.’

‘If it happened naturally, would that be a problem for you?’

‘I really dunno what to think. We’re pretty good together. She’ll drive, I’ll shoot things, it’ll work on a lot of levels. I’m not sure if she’d wanna be involved with anyone after what happened in Alaska anyhow. Part of me thinks that’s a bridge I gotta cross sooner than later, just because I was the last person who saw her ex-boyfriend alive.’

‘Would you travel across half of Europe in the hope you could save her?’

‘Then I think maybe you ought to be having this conversation with her instead. Q and Gregory are a pretty sound team when it comes to combining the disparate. Bond and I shouldn’t work, but we do because the match-up helps us expose the weaknesses in each other. Sometimes, it’s up to you to take the initiative.’

‘Between you and me, I think Moneypenny’s wearing the pants in our relationship.’

‘She’ll only be doing that because she thinks you’re not stepping up. You’d be well served to meet her as an equal.’

‘And I do, for the record. This is a conversation however I’ve never had the nerve to start with her. You don’t scare me any more, but she still does. That’s my problem, right?’

‘Maybe as the current senior 00 on roster I can help there as time goes on. All I know is if it were me, I’d want someone I felt I could open up to without being worried you’d take it as a weakness.’

‘The metrics say that you can be overly critical. Maybe that’s a starting point.’

Breakfast is finished, and Ronni can’t avoid the inevitable any longer, needs to be showered and ready to go by 07.30. As she deposits breakfast things on the table next to the bed, Charlie rises, taking time to think on what had been said.

‘Bond’s a lucky guy. I will make sure when you bring him back alive to remind him of that fact.’

‘You were the one bright spot for him in the whole of Operation Icebreaker. He had nothing but good things to say about you.’

‘I’ve a lot to thank 007 for. I’ll help you liberate his ass but only for you, because he’s got no idea of just how damn lucky he is to have you rescue him.’

Charlie leaves without ceremony, casual confidence in both stride and outlook, and Ronni can’t help but be impressed. He’s a perfect fit for Eve, will bolster her uncertainty, and in turn she will keep him from getting sloppy. 009’s right, she will wear the trousers, but only because that’s the way it has to be to ensure respect by everybody else. With this guy on the team, her backup’s beyond reproach.

All Ronni needs to do is make sure she doesn’t screw it up herself.