The year is 1995. My boyfriend (now husband) and I are living together, and decide to go to the USA for a holiday, to stay with people I’d met via the Internet. 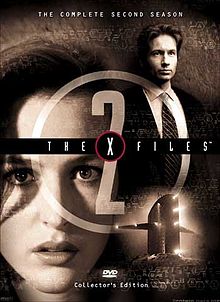 The early days of Usenet are an incredibly significant part of my life, that I really don’t like to talk about at all. I’ve written and subsequently trashed about a dozen drafts of this post as testament to just how much this period screws with my brain. It’s been holding up everything else I’d really like to write about, because… I wasn’t the most emotionally adult person during my twenties and early thirties. Yeah, that’s a diplomatic way of putting it. I’m not proud of a lot of what happened, which covers early days of newsgroups and arguing in ASCII to Livejournal and arguing in web-browsers. I was an antagonist back then too: I’d like to say they were simpler times, but they weren’t. I should have learnt my lesson during that 1995 trip: people who you meet online will often hide things, or lie in order to get what they want. Turning up with a boyfriend on the East Coast in August did not go down well with our first host, and things went largely downhill from there.

On reflection, it is probably why this holiday never gets talked about that much.

My husband being booked for speeding is the only physical part of that holiday which remains, and now becomes useful as a marker. One of the three people we stayed with for that trip visited us a year on, and that weekend’s best left forgotten in history too. What that entire period taught has only become clear in retrospect: emotional immaturity can completely screw you up. In fact, let’s just ignore my 20’s and most of the 30’s and move on. It is important however to note at this juncture how the Internet shaped the future of just about everything I would then go onto do, including writing. My first piece of fan fiction, for instance, was X Files related. However, that was not the show that became my biggest obsession and ultimately caused the most damage.

I was involved in B5 Fandom up until the birth of my son in 2000, and again it is a case of bad outweighing good in my own mind: that means I’ve fairly systematically removed all references and links from that period and am now at something approximating peace with what happened. However, if you really care I can be found, fingerprints almost impossible to delete across a platform which really never forgets and is the most brutally honest remembrance of history. I never wrote fiction for that sci fi show (and know why:) it took another US series, which first aired in the UK whilst I was pregnant for the first time, to push me into what became a legitimate effort into organised working. That co-incided with my life on LiveJournal (which I joined shortly after launch in 1999) and was, for the most part, never truly me at all. However, it was the first time I ever felt comfortable sharing my work in public and for that fact alone, my West Wing fan fiction days should be recorded for posterity.

A cursory Google search brings up only sixteen hits for my old username, but my work is still out there. The Internet never forgets, people. There’s other stuff too, but nothing that I’ve found which is enough to reduce me to embarrassing bouts of toe curling. When that reckoning comes I’m ready for whatever gets thrown at me: I learnt a lot in those couple of years, most of which was built around how I ‘see’ action literally play out like a TV show or film in my head. It wasn’t just West Wing either: CSI, Dr Who and Torchwood have been poked by me over the years. I promised someone I’d pull out some of that old work, and that will happen in the next few months. To learn from the past we must embrace both the good and bad to move forward.

I’ve kept in touch with the only person I ever really connected with back in those days, who is still friends and will probably berate me for being overly hard on myself. The fact remains that the years since my kids have been born are the best of my life, not simply in writing terms. I need this period marked on my history, but nothing more is required to understand what I am. Everything of real interest happens after 2000, but really it is 2004 where the world around me finally shatters and forces a complete realignment. Before I return to the week of the Madrid Train Bombs, however, there is one last story to tell, wrapped around genre TV, and I’ll keep that for next week.

One thought on “Mulder and Scully”