It’s December on Sunday. Probably time to get organised, then.

What to Expect in December

Yes, there will be GIFs, don’t worry, all of that is in hand. It’s taken a while to work out the scheduling, as is inevitably the case in these situations, but we are now READY. There will be content in December on the @InternetofWords Twitter account as follows:

9am: The December Short Story is STARDUST. There’s no snow, just rain, a Diner in the middle of forever and a fry cook called Joseph. That’s all you get for now… 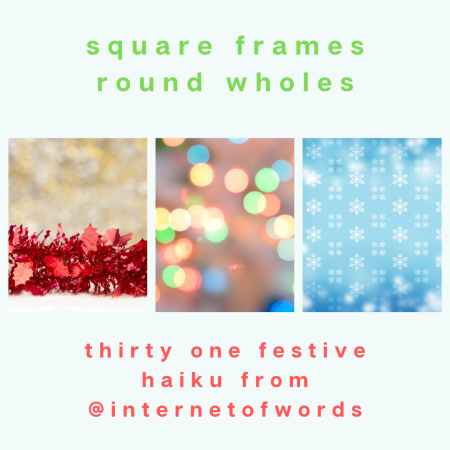 THE GIFT OF GIF-MAS IS COMING PEOPLE PREPARE YOURSELVES (and maybe wrap it better.)