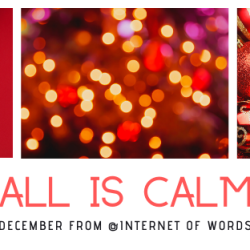 December is not far away, and on it’s arrival, I’ve decided to try and be as thematic as it is possible to be without blowing the look and feel of the rest of the website. Therefore, we have a graphic which combines the three elements you’ll see in the #Soundtracking2019 and #Narrating2019 playlists, plus a return to the monthly short story after we have caught up from August.

There is also going to be some Instagram haiku, because why the hell not? 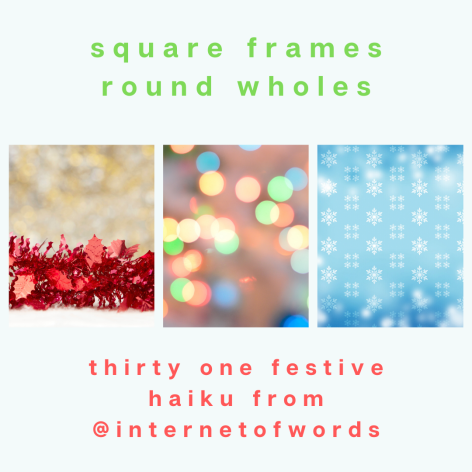 I also do a 24 Days of GIF-mas thing on the other Twitter account, this year we’ll be having a bit of fun with it rather than it being the serious, poetic part of proceedings. I’ll be honest with you, this is the first Christmas for many years that I’m really looking forward to, which is odd considering that I’ll not be able to eat or drink as is normally the case… but it doesn’t matter. There’s so much else to look forward to.

I have a tea advent calendar, the excitement for which really is off the charts. Today was the planning session for this year’s ‘Make your Own Gifts’ operation, which I hope is going to be as much fun as it was when this was done a couple of years ago. The tree will be going up next weekend, and after that you can expect me to be as festive as possible… because it means I can ignore the political chaos going on in the UK.

The short story is planned, and I’ll be beginning the process of picking out tracks for the playlists next week. Hopefully this organisational head start that’s been granted by the success of NaNo (update on Monday) is going to spill over into lots of other areas going forward. I’ve also done a lot this week to rationalise my own virtual spaces, which makes me feel a great deal more comfortable working within them.

Sometimes, all you need to feel happy is the space in which to do so. 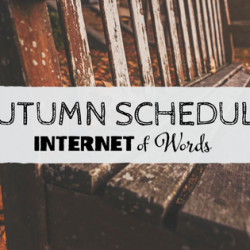 Again, through the wonders of time-travel, I’m writing a post on Sunday that should have been published on Wednesday, but that’s useful at least in terms of deciding what happens to both this website and my Patreon going forward. If you’re a Patron and have not yet taken part in my Feedback Survey, you can expect an email to ask you to consider giving some next week, before I open up the process to the general public. I’m quite happy with the way that poetry is now running, and organising a month’s content in advance has given a lot of freedom for other projects to take flight. Therefore, next month, I’ll be doing the same with a twist. 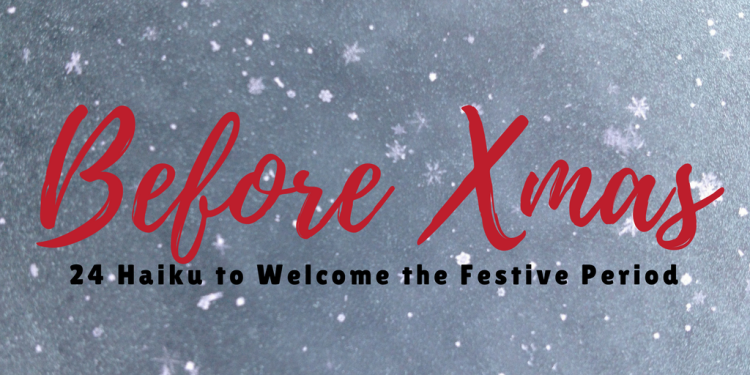 This year the festive season will be celebrated in a very particular way: I’ll be producing 25 Haiku up to and including Christmas Day. However, I will be taking the Christmas period off: last day of ‘work’ for me will be December 22nd, returning to full activity on January 2nd. It is still not clear what December’s Patreon content will be, but I’ll have a better idea after the Feedback Survey is concluded. What I will be doing is starting to write the Haiku next week, as many of them will need particular festive pictures as accompaniment.

I suspect there may be an Audio Advent Calendar too as there’s never a bad time to share music, however that’s not going to need that much additional planning. I’ve decided to not push particularly hard for new Patrons in December but to leave that for 2018: yes, I could give it a go but as most people’s cash over this time of year is quite difficult to come by, it seems only right and proper to not push the point.

Watch this space for more details of how Patreon may change, and what new things might be in store for the end of 2017…