There’s been a side project over the last few weeks, that has taken up slightly more time than had been anticipated. However, now we’re done, it’s time to get my act together and explain why this has become something more than the moment that it was created from.

You’ll know from the header that it’s Mental Health Awareness Week starting on the 18th: initially the subject was going to be body image, which is a topic that’s still quite hard for me to talk about easily, and so I’d decided not to do any specific work for it until the day. However, I was approached by my Time To Change hub (the people that look after Mental health Champions and support our fundraising activity) to provide something as the brief for the week had changed: the new subject is Kindness.

I wrote a poem, then looked at it on the page and realised that I could do so much better. So, I looked for some pictures to go with it, then I rewrote some more, changed my pictures, decided to not use music and subtitles but instead record my own voice. An ancient Podcasting microphone was pulled out of the garage, audio recorded, before the whole thing was stuck together over two days.

All in all, from start to finish, it was about three weeks’ work.

The finished product will get an exclusive first see by my Patrons tomorrow, and I’ll use their feedback (plus that from my early ‘focus group’) to improve going forward. The video’s been sent to the people who matter for a look over, and assuming they’re okay with it, the thing will get published by them that week. I’ll stick it on my socials as well for good measure of course, but they must remain the main benefactors.

I’ve never produced something this personal before. It’s been a fantastic exercise in knowing what’s possible with the limited resources I have available. What’s been learnt will undoubtedly be useful going forward too, as these skills can be translated into other areas, used to promote my own work. However, what matters most of all is starting a conversation with others about mental health, and making sure that message is heard by everyone who needs it.

That, in the end, is what matters most of all.

This should have happened on Wednesday, for which I apologise, but it has taken me 72 hours to adjust brain and body to the new world order, which is EXERCISE EVERY DAY. The RED in Red January stands for Run Every Day and having done that two days out of three this week? Nope. Huge fat nope. Not happening this week, or indeed the rest of January. By June? Quite possibly. We’re working on it.

This will be the only post I make about this here until I’m done on February 1st, because there doesn’t need to be the boring repetition of the same stuff. People have already given money, without prompting, and the £250 total that’s been set should be easily attainable if there’s a slow, sensible reiteration of intent. The best bit of all this, undoubtedly, is having means to be truly accountable using technology.

There’s a phrase that gets thrown around a lot in the organised exercise classes I do: if you don’t work hard enough, you’re only cheating yourself. Although this is undoubtedly true, it is no longer possible to pretend you went on a 5k run if the stats won’t support it. I’ve never felt the need to do that in the first place: the stats now aren’t just a record of your work, but are useful insights into how your body reacts to exercise.

I’ve been trying to shift some areas of fat on my body for close to a decade. Now I know where the optimal zones are to work in for my heartrate to do that, and have proved this is actually now taking place with the addition of a sensible diet and calorie limit? These areas are beginning to shrink. Fat really is starting to vanish. Now all that is needed is a month’s worth of hard, targeted effort to keep the momentum up.

You can follow me on Instagram to keep up to date with affairs. Like I said, we’ll be back in February not only to see how well things went, but also look at weight loss. I’m down on this week’s weigh in, let’s hope this continues going forward.

Everything’s a bit out of order here, for reasons that still include dentistry and Christmas. You sometimes can’t predict the outcomes of certain events: tooth pain is a special Circle of Hell which I can only hope is now gone for good. In the midst of it all however, a lot of good has come from the experiences. Most notable of all is the Altered Paths project which, this year, has made me more than happy.

Every day, at 1pm, I'll be thanking those people who changed my view of the World in 2019. Once I'm done, this thread will hold links to all the individual thanks, in thread form.

I’ve learnt a lot about myself in 2019; to continue to do so in 2020 there needs to be a redefinition of what I read and consume via Social media. The changes are already in place, and a bunch of new and interesting projects will be investigated during the next 12 months, plus there will be the continuation of the body of work which keeps this site alive and relevant.

As a result I’ve decided to leave the Christmas week fallow of posts and content, allowing plenty of time to prepare for the new year. That’s included graphics work today, poetry contest submissions and other pieces being given much-needed love and attention. After this is all finished and I’m up to date with poetry, we can start planning for my January fundraising project. 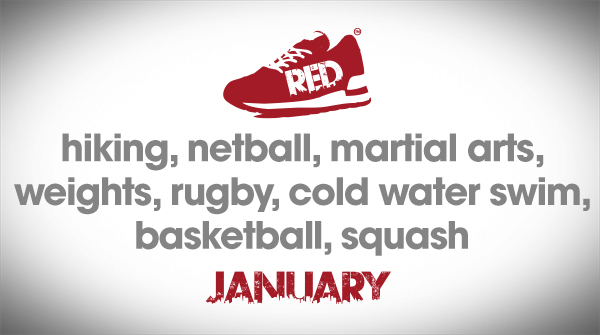 We’ll formally launch RED January on the 1st, and begin a year of fundraising for Mind (as well as my training to become a Mental health Champion) on a strong, positive note. There’s also Time to Talk Day in February, but let’s not get ahead of ourselves. So much has to happen before that, including some fairly significant real life gubbins. Let’s see if this year, that precious life/work balance can be finally located and maintained…

For now, let’s clear the backlog and ready ourselves for January.

Those of you who have followed me for some time will know that whenever a Time to Talk Day comes up, I’m all over the concept. That’s going to be particularly apposite this coming February, when the next event is scheduled: by then I hope to have begun my training as a Champion. The first meeting to begin that journey happened last Saturday, in my county’s main town. Needless to say, it’s changed quite a bit since I was there last.

I almost didn’t make it there at all.

Driving was fine, parking no problem. At the venue, there was an unexpected attack of nerves: walking into the meeting room, where one other person was already, made me feel unwell… and then I was in the bathroom, managing a potential panic attack. The reason for this, of course, was easily rationalised. Unfamiliar surroundings, people I didn’t know. I should have visited the venue earlier in the week to calm my fears.

Having come all that way, in the rain and wind… it would be foolish to just turn around and go home again. So, I walked back into the room… and now I’m so very glad I did. This is the first step of a journey that should have been started a long time ago: finally there’s confidence to stand with a group of people whose commitment and care is abundantly apparent. I can’t wait for formal training to start in January.

It also gives me an opportunity to consider what it is I’ll do for Time to Talk day 2020. I’ll want to do it online, of course, because that’s the place where I feel I can do the most good in terms of supporting people whilst assisting the process of obtaining the help and advice they’re looking for. I feel both poetry and imagery have a part to play in this… so I wonder, what can I do to pull myself out of comfort zones in the process?

There are some ideas in my planner. Watch this space for more details.